There’s a deadly new gadget popping up in
Please, Log in or Register to view URLs content!
matches today with the launch of its new season, titled High Calibre. The new season introduces an Irish Defender named Thorn – available now through the premium track of the High Calibre Battle Pass – who brings proximity-triggered sticky devices called Razorbloom Shells that she can deploy on pretty much any surface. What happens when the device is triggered, you ask? Well, after a short arming period, a bunch of sharp blades are propelled with deadly force in all directions! It’s great! Or terrifying, depending on which side you’re on.

Because of the trigger delay, Razorbloom Shells pair well with Defenders who can slow Attackers down and keep them in its lethal radius, like Melusi, Clash, or anyone with barbed wire. Attackers can destroy or disable the devices in a variety of ways, but the Razorblooms aren’t the only new threat Thorn is bringing in High Calibre. 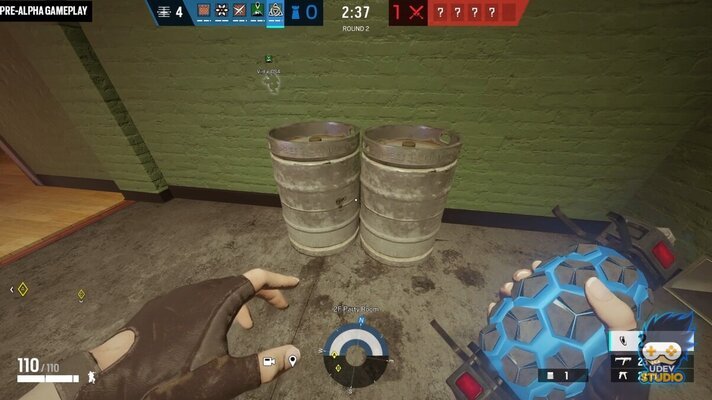 She’s also packing a new weapon: the UZK50Gi submachine gun, an entirely new firearm created by the Siege team. Imagine an SMG with a particular vendetta against destructible walls and floors, and you’ve got the general idea. The UZK50Gi has serious destructive power, thanks to its 50-caliber rounds that give Thorn the ability to reshape the map to suit her strategies. Even if Attackers manage to scout the location of her Razorbloom Shells or react quickly enough to get out of harm’s way, Thorn is likely to be waiting nearby to take advantage. And if it’s not her UZK50Gi that gets you, she can also select the M870 shotgun as a primary weapon, and the 1911 TACOPS pistol or C-75 Auto machine pistol as her sidearm.

You can play as Thorn and wield her impressive loadout today by unlocking the premium track of the High Calibre Battle Pass; she will also be unlockable in two weeks with Renown or R6 Credits. 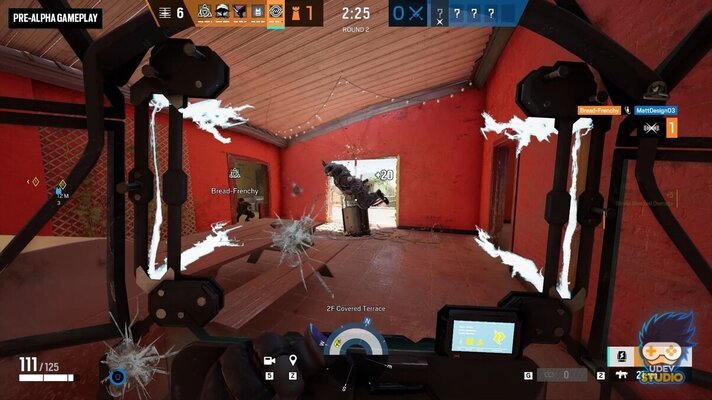 High Calibre is also bringing some free updates to all Xbox players as part of the season launch. The Outback map has been fully reworked, with an emphasis on better flow, cleaner navigation, and improving bomb sites for more balanced conflicts. Garage heads will find less space dedicated to vehicles and more viable cover positions, giving Defenders a better shot at holding off Attacker ingress. Instead, Attackers might choose to focus on a new exterior breakable wall upstairs near the Party Room & Office bomb site, or to use the new covered-and-restructured Terrace entrance to gain a foothold. The motel rooms and bathroom have been updated as well, so be sure to check out all the changes by hopping into the Discovery playlist to get the new lay of the land.

High Calibre is also giving Finka’s Adrenal Boost gadget a buff, allowing her to use a charge to get herself up from a downed-but-not-out state. To read more about the full seasonal slate, including balancing changes and player protection updates, check out the official
Please, Log in or Register to view URLs content!
. 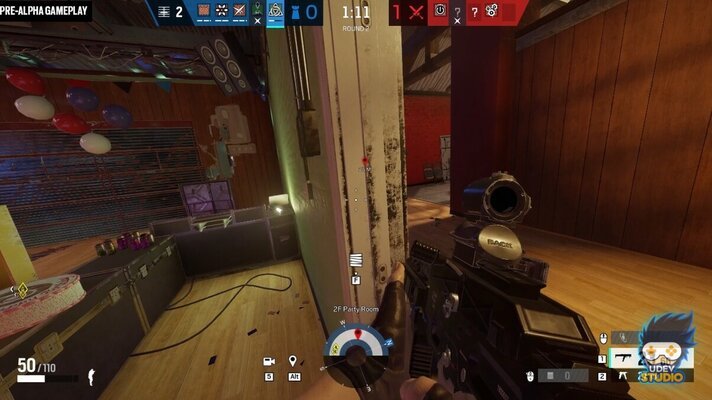 If you haven’t already started checking your corners for hidden Razorbloom Shells, now is the time. Load up High Calibre today and bring a few friends along with you; the new season of
Please, Log in or Register to view URLs content!
awaits. 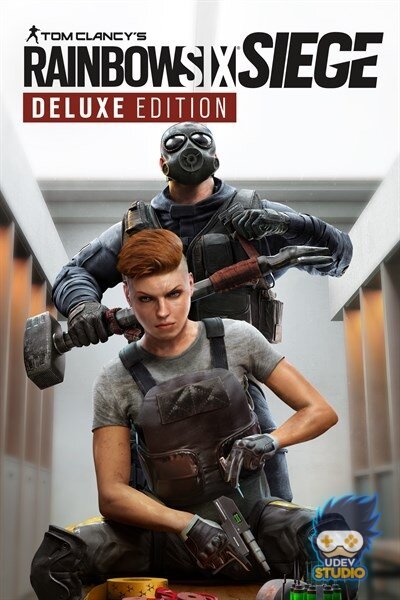